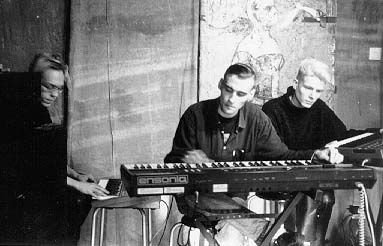 LCDPF was founded by Pascal and Sören back in 1991, as we played live in Lidköping, Sweden. Using three tapemachines playing different pre-recorded backgrounds (we had never heard each others recordings before entering the stage) and then adding noises from an analog synth and some distorded chantings, we created a suggestive and chaotic wall of strange rhytms and noise-sounds. Most of the audiance left the building, but they who remained was spellbound.

We were reborn in 1993, due to our second performance - now joined by Roger, we became somewhat more organized and harmonic. The following years we made a couple of concerts in the western parts of Sweden, including one at legendary Rockborgen in Borås with Ananzephalia and Mortiis.

We considered us primarily a liveband, as much of our stuff were more or less improvised. We used a multichannel tapemachine as background and then let our current mood channelize the final result as we played and mixed on stage - thus the same tracks can at one point be harsh noise, but at the next time sweetly harmonic and melodic. 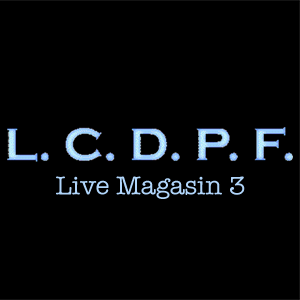