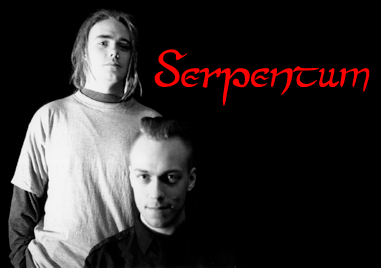 Having been involved together in various projects in the past, Christian joined Sören in Awful Death during the early nineties. However, the co-operation gave birth to the interest of using acoustic instruments to a greater extent, as we were both listening to a lot of neofolk/dark folk at the time. Serpentum was born, and Awful Death once again became Sörens solitary project. The last tracks we recorded together as Awful Death was put under the dual name Awful Death/Serpentum.

Serpentum only lasted for a couple of years, both of us moving on onto new projects.