At March 1:st 2012, Monofånarna will appear again. The same concept, the same persons, and the same venue, as last time. Or, if you prefer; me, Magnus (Mr. Jones Machine) and Karl-Magnus (ex-Morlocks etc) at Haket (Gothenburg), doing a 4-5 hour improvisation set with a stack of more or less analogue machines. 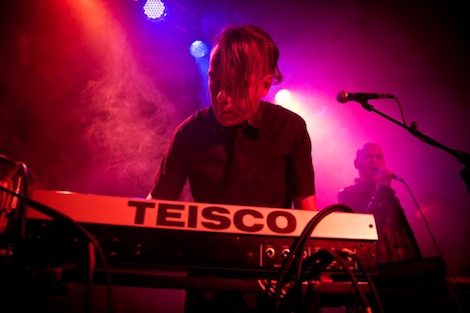 At november 19:th, I was finally given the chance to appear with Mr Jones Machine. Considering my partially danish ancestry, I find it rather fitting that my premier took place at the Danish Synth Festival in Copenhagen. The gig went good, I think, and hopefully we will enter more stages during the coming spring. Some images can be found here and here. The image above is by David Faurskov Jensen.

Finally, the last pieces are hammered into place, new album with Howler. Some things are brought on by necessity

On the individual level, it was necessary for me to complete the path I started walking along two years ago. The blending of conventional and unconventional, the exploration of traditions in which I have no tradition. Having finally reached the end of that path, I am again free to take on any direction from here.

So much to do, so little time.

I was supposed to be done with new Howler material by now, but I still miss the last pieces of the complex puzzle. I was also supposed to join Mr Jones Machine onstage at Arvikafestivalen but that damned festival got cancelled. I´m also supposed to chunk the Monofånarna recordings up to reasonable chunks but I need to exorcise my harddrive first in order to fit the humungous file onto it. And yes, I guess I'm also supposed to come up with an idea to celebrate the 10 year anniversary of Interact…

Still, there´s a lot of old sins that should get digitalized and put online as well. Well, I´m not giving up just yet!

The special event with Monofånarna at Haket went well, although we "only" performed for four hours due to a delay. Some short videos, with lots of crowd noise, was filmed by Johan Ö and can be found at my YouTube-channel. 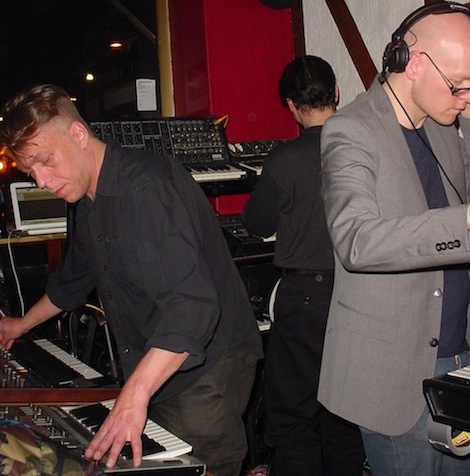 Interesting show coming up on 24/2. Together with Magnus Lindström (Mr Jones Machine) and Karl-Magnus Möller (ex-Morlocks), I will perform an all-night improvisation set at SyntHaket, Göteborg. The three of us will hide amongst a small moutain of electronic gear and make dj:s obsolete. Check out the Facebook event.

Also, a new Howler release is stewing. I got a little side-tracked but will hopefully get things moving rather soon.