Final batch Monofånarna 2012 show online. Remember, remember — internet is getting a bit full, I might have to take some of these away so make sure you grab them while you can.

Third package of Monofånarna excerpts. Not the first, not the last.

Here comes the second batch of Monofånarna excerpts. Still more to take care of, but at least less than a week ago. Enjoy! 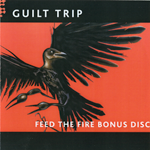 Got a copy of the latest album by Guilt Trip: Feed The Fire, including the bonus disc of remixes shipped with pre-orders of the album. There you find my remix of "Fragments", among nine other remixes.

First batch of excerpts from the Monofånarna session is available. Plenty of more to come, but due to the boundries of space I might no be able to keep all of them online at the same time so be sure to grab them while you can! No more fuzz, here they are: 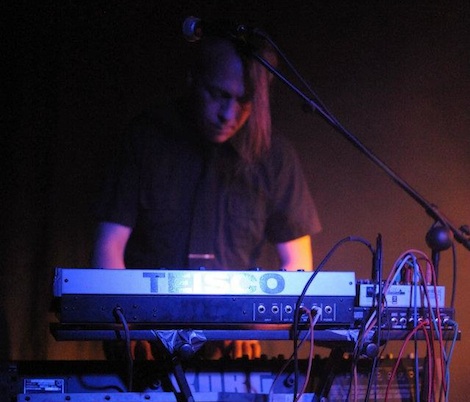 The show with Mr Jones Machine at Jazzhuset went well, next time we´ll join up will hopefully be in the project studio. Photo: Fredrik Astlid. 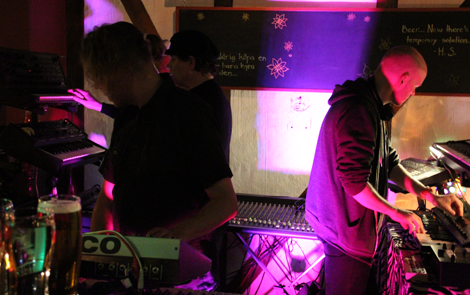 The Monofånarna happening at Haket went well, and we reached 4h 49m before closing down. Don´t forget to join our Facebook page. 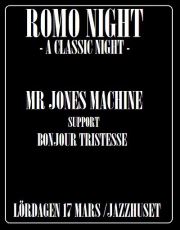 I also finished (commonly known as saunafied) a remix for Guilt Trip, which is going to be featured on a bonus disc for pre-orders of their upcoming album "Feed the fire" on Complete Control Productions.

On upcoming thursday, March 1st, the yearly issue of Monofånarna is due. Up to five hours of improvised bar muzak featuring three men with their stack of analogue machinery. The venue is Haket (Göteborg), the time is 19.30 until closing time 01.00. On Facebook you may join the event and/or like the page. And for the hardcore fans, we present some videos of our rehearsals below:

At March 17th, Mr. Jones Machine will perform at home ground. The place is Romonight at Jazzhuset, Göteborg. Support by Bonjour Tristesse. All you Facebook-junkies may sign up for the event here.